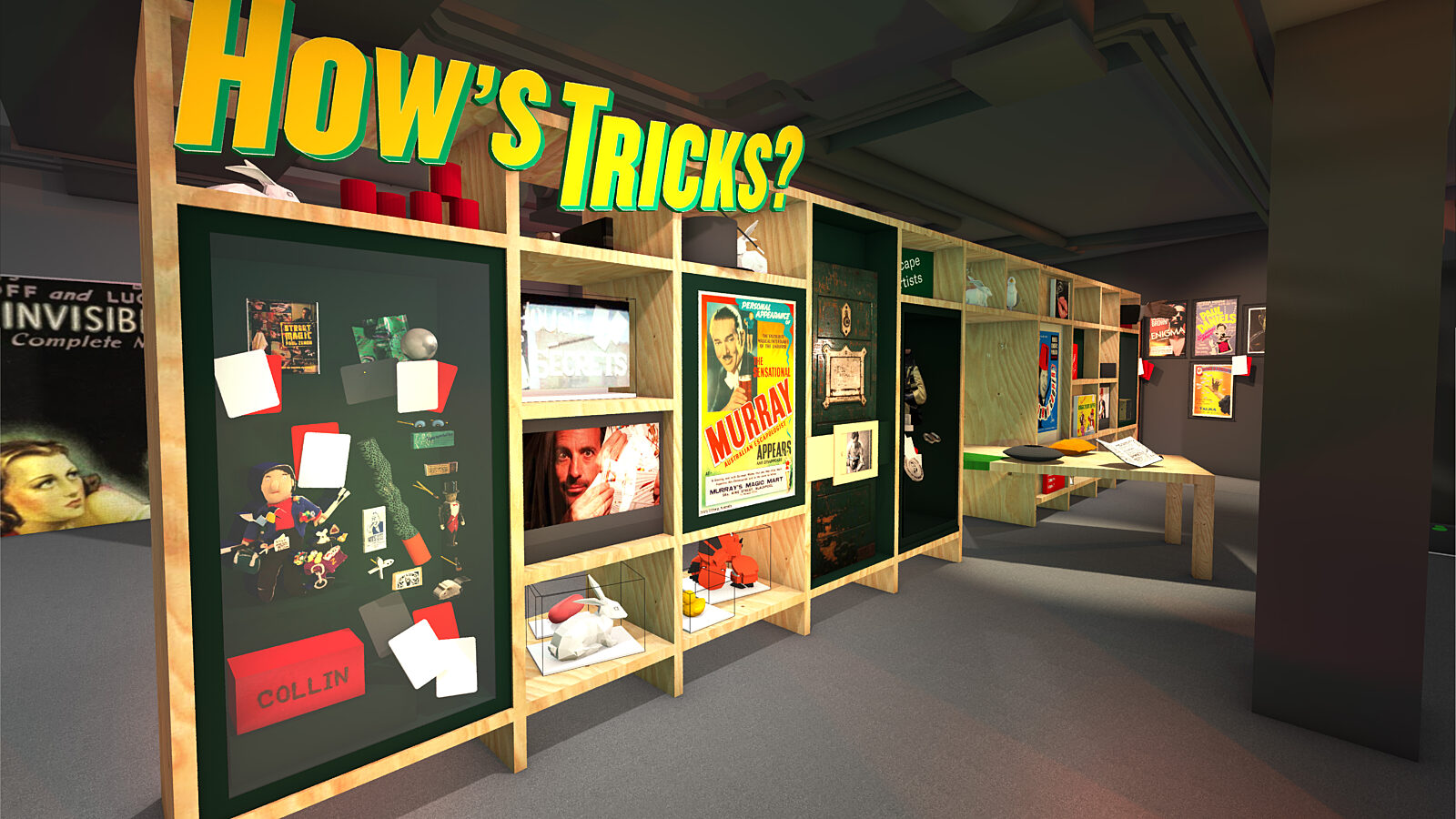 On Escapology Day we are remembering one of Blackpool’s most famous characters, a retired Australian magician and escapologist called Murray.

Norman Murray Walters was originally from Melbourne, Australia and became known as the suave looking magician, Murray, who also specialised in daring escapes.

Born in 1901, he began his career at age 14, and for a time worked in the Sloggetts show before launching a successful series of worldwide tours spanning nearly 40 years. With “Murray the Escapologist” being a major part of his act, he became especially popular after the death of Harry Houdini in 1926. While he popularised the term escapologist, it is likely he got it from a quote by Houdini during a visit to Melbourne in 1910 when he said “If I might be allowed to coin a word, I would call myself an escapologist.”

Murray toured the world during the 1930s and 1940s with a full magic and illusion show. He also visited Blackpool several times. His own working philosophy on stage magic was “The two most essential things for a conjurer to possess is audacity and bluff". And he certainly had both in abundance.

He appeared in London during 1933, the show included

Shooting Through a Women

Selected Cards on a Sword,

The Girl Without a Middle,

Escape from a Slotted Box while Immersed in a Tank of Water!

Murray even played a season in Germany during 1939 and was visited backstage by Adolf Hitler and Hermann Goring. However, he had to escape the county on a bicycle when World War Two broke out to avoid arrest and interment as an alien. There was no choice but to leave his props, scenery and costumes behind, a small amount of which he recovered after the war. When asked why he had not evacuated earlier, Murray replied “I thought sanity would prevail - but it didn’t.”

Ill health forced him to retire from performing in 1954 and he settled in Blackpool. He opened a magic and joke shop, Murray’s Magic Mart on King Street, opposite the stage door of the Hippodrome which then became the ABC.

Blackpool based magician Leslie Melville recalled visiting the shop and chatting to Murray when TV comedian and magician Tommy Cooper popped in to have a look round. Spying a shelf full of gag books by the American Robert Orben, Cooper asked if he could look through them and started sorting the volumes into two piles. Murray’s hopes of a big sale were dashed when Copper picked up one of the piles, asking “Can I borrow these, Murray?”

The shop later moved to Cookson Street, where it sold jokes and tricks, including some custom made box tricks by Jack Gillespie. Not surprisingly, it became a favourite haunt for aspiring and practising magicians, of whom Murray was very encouraging and supportive.

Murray once told Leslie Melville that his mind reading act was one that would “Receive applause at the breakfast table,” meaning it would be talked about long after it was seen.

Those who bought books on magic from the shop are blessed with unique collector’s items. Not only was each book individually stamped with “Murray’s Magic Mart” but their pages often sported his thumb print, a result of him reading his own stock while munching buttered Ryvita’s.

"Around our street we called him ‘Magic Murray’ because he always seemed to appear as if by magic in his shop. My brother and I would always ask for pocket money to go and get something from magic Murray. When we would play with the kids who were staying in the street on holiday, we used to take them there too."

In 1986, Murray received the Masters Fellowship the Academy of Magical Arts. The shop closed down in 1987, and he sadly passed away on 22nd January 1989, aged 87. But his memory lives on as Murray’s Magic Mart has since become a part of Blackpool folklore. Murray’s story also features in Showtown’s How’s Tricks gallery.

This article was produced by local award-winning writer, speaker and broadcaster, Barry McCann and was first shared in 2016. Special thanks to Barry and also Leslie Melville and Bev Carroll for sharing their memories of Murray.

Do you believe in magic? When we open Showtown’s magic gallery, you’ll find conjurers, escapologists, illusionists and tricksters.
View more >

Roll Up! Roll Up!

Jugglers and tumblers and clowns, oh my! When we open our circus gallery you’ll find out why Blackpool and circus go hand in hand.
View more >

Oh, I do like to be beside the seaside! When we open, Showtown’s seaside gallery will show you Blackpool beach like you have never seen it before.
View more >
COOKIES