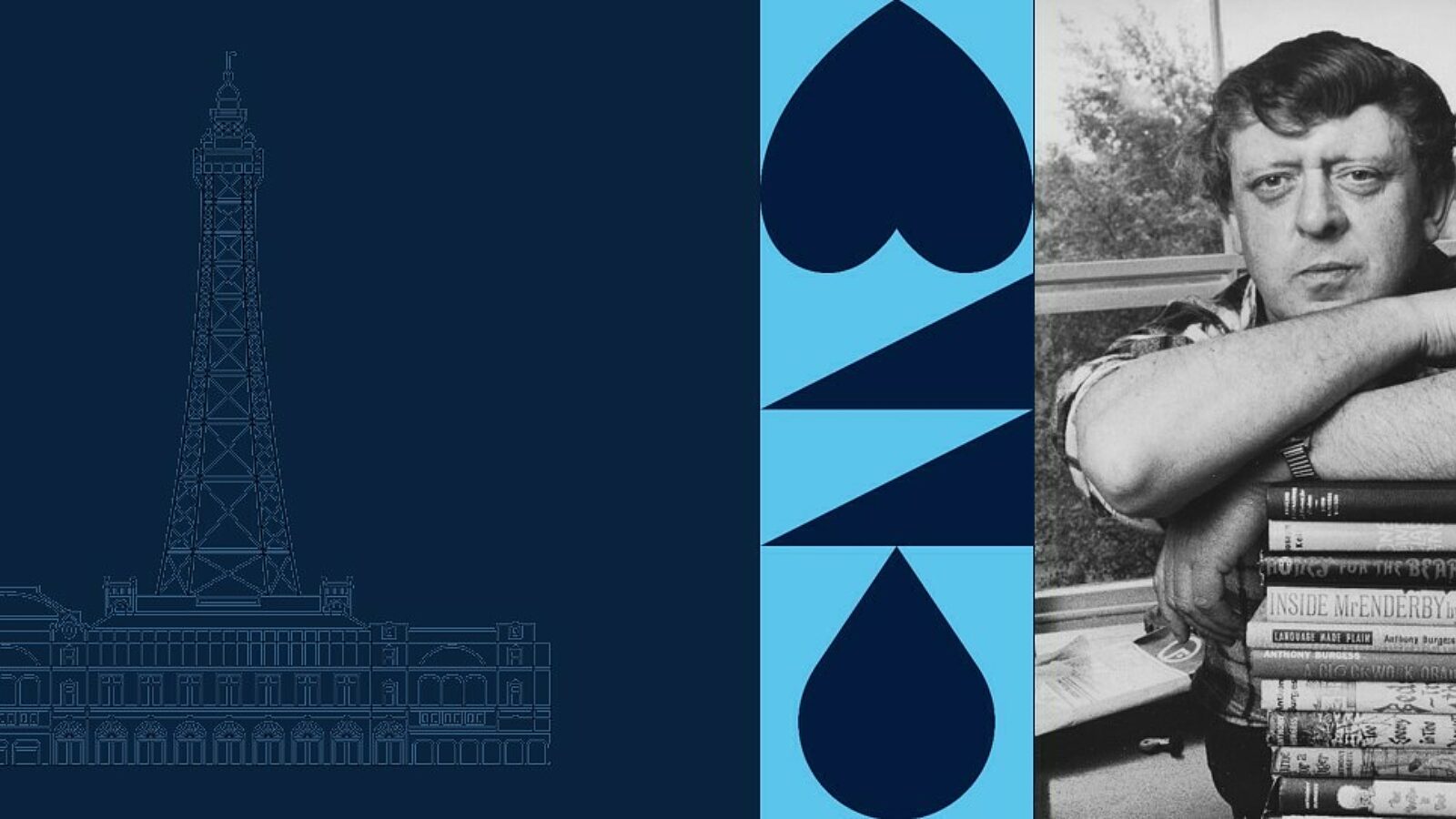 Anthony Burgess's Blackpool: A talk by Will Carr

Join speaker Will Carr as he explores popular culture in Blackpool through the writing of Anthony Burgess, writer of A Clockwork Orange.

Anthony Burgess (1917-1993) was one of the greatest English writers of the twentieth century. He is best known for his dystopian novel A Clockwork Orange, but he wrote more than sixty other books, as well as hundreds of musical works and thousands of essays, articles and reviews.

Burgess was born and brought up in Manchester, and as a boy he holidayed in Blackpool with his family every year. In this talk Will Carr explores the ways in which popular culture in Blackpool appears in his writing. Music on the North Pier, Tussaud’s Waxworks and the sideshows of the Golden Mile all provided material for Burgess’s novels. His warm and affectionate portrait of Blackpool in the 1930s is by turns bawdy, raucous, tender and bittersweet.

This event is a Zoom Webinar, you will be sent all the information you need to join. Please join us 5 minutes before it begins.

What's on this month

A twisted musical journey of love and literacy.

Pop in and discover more about why Blackpool is famous for fun and laughter.

Join Steve Royle and Ryan Gleeson as they explore the who's who of the Comedy Carpet.

Bring the family down to have fun trying out clowning techniques together.

Join comedians Ruth Cockburn and Keith Carter to learn stand-up comedy methods and have fun giving it a go.

You are stuck inside a live-action video game! How will you escape?!

DISCOVER: It's Funny up North!

Join us for an entertaining look at laughter science.

Betty Legs Diamond, Zoe and the Funny Girls Follies return to their famous stage once again with a sizzling summer spectacular

It's Saturday night at Blackpool's funniest night out!

The Invisible Mam is the brand new stand-up show from comedian Hayley Ellis.

Come along to Showtown's Activity Hub and share your seaside memories with our team.

Join us every Monday for family friendly activities.

Join us for a talk by Keith Myerscough as he reflects on the health benefits of Blackpool during the late Victorian era, with its fresh air and bracing sea breezes.

EXPLORE: The seaside for family fun

Fun seaside themed workshops with craft activities for the whole family to enjoy.

Join us every Monday for family friendly activities.

Join us at Stanley Park for our Tower building workshop.