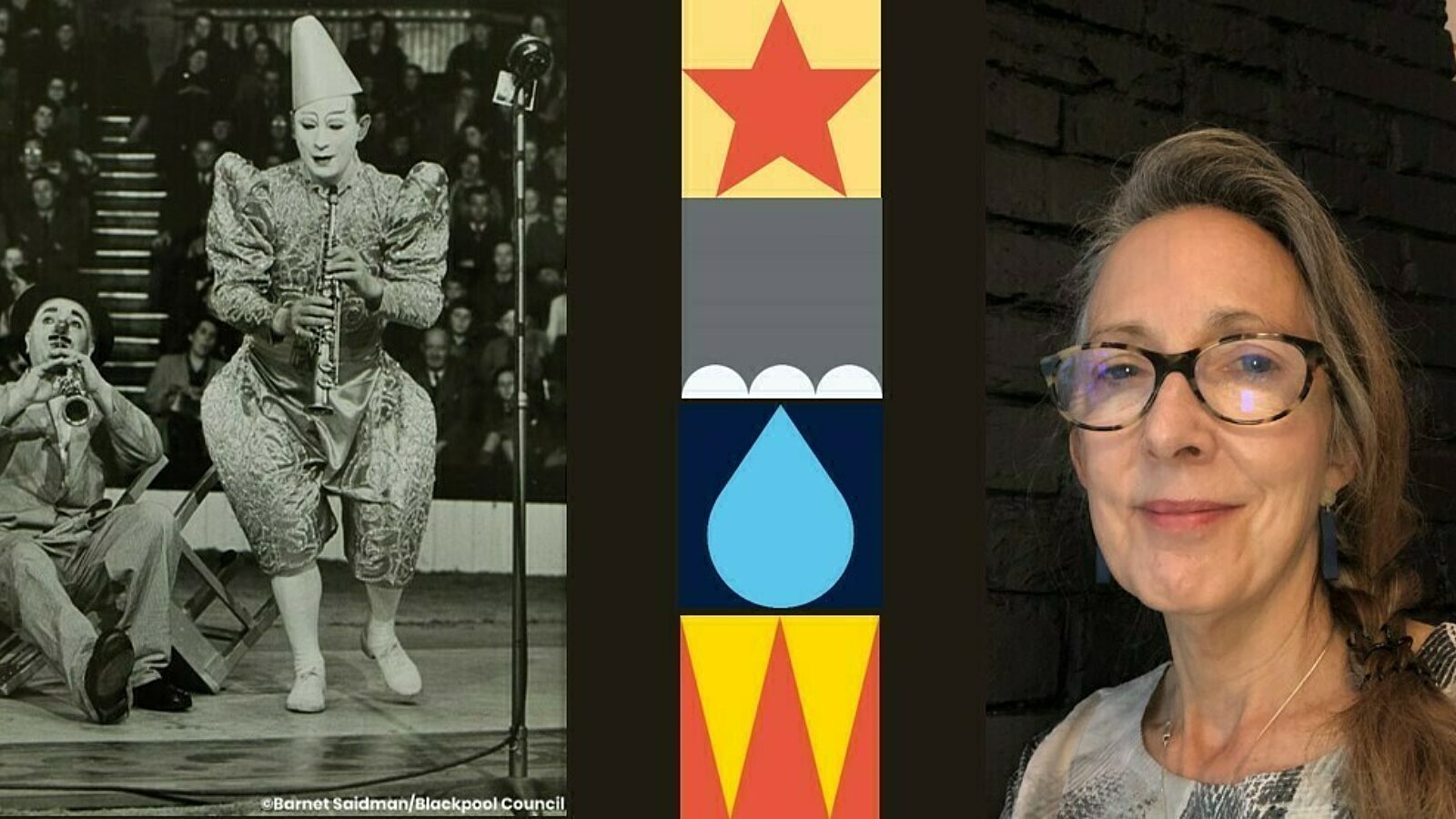 Poppy Singer is a Textiles and Costume Conservator and has worked on specialist conservation for some of the loans featured in Showtown.

In this article, Poppy speaks about working with Showtown and the challenges of working with older costumes for some of the new displays.

Q1. Tell us more about yourself. How did you become a conservator?

Even as a child I was interested in costumes from the past. I spent hours imagining what it would be like to wear so many different shapes and styles and feel the swish of long skirts. I was taught dress making by my mother and grandmother, dressing dolls and making puppets, and spent happy hours at museums, looking at the costumes in portraits. After a degree in Archaeology, I decided to return to my passion for all things textile and studied for a postgraduate diploma in Textile Conservation, to equip me with the science and conservation skills needed to work professionally.

This led to a dream job as Textile Conservator at the Museum of London working with the textile and costume collection. Who would have thought that a childhood love of sewing could have led to such a varied and interesting career!

Q2. What do you enjoy most about working with Showtown and our collections?

Working with costume is not all about the glamour of evening dresses or couturier design.

These Showtown costumes are about transforming the performer, and exaggerating their characters, to make the wearer larger than life, projecting from the stage to the very back of the auditorium. Many of the pieces retain traces of the greasepaint worn, ingrained in their fibres, with a faint smell that transports you right back to the Music Hall or circus ring. Many of the performers were filmed and to see these characters come to life is magical. Often the costumes bear the traces of repeated use, worn night after night and on film you can hear and see the joy and laughter of the delighted audiences!

Q3. Can you tell us about what the conservation process entails?

The conservator aims to provide safe storage, preserve for the future and prepare for display. The condition of a piece is fully assessed and documented, to gain a clear understanding of the character and fragility of all the materials involved. Cleaning and repair may then be carried out, while ensuring that no historic information is removed. It is important not to restore a costume or try to make it appear as good as new, but to keep evidence of how items were worn and used; for instance past repairs may have been worked on tour by the artist themselves, or been deliberately worked in a clumsy manner, to make a costume appear worn. Where necessary conservation repairs may be worked as unobtrusively as possible, using reversible stitching or adhesive techniques, to ensure that the costume can safely be handled for mounting on a display mannequin, while bringing the costume to life.

Q4. Describe some of the challenges you face working with older costumes for the new displays.

Many of the costumes had been worn again and again, and subject to repeated packing and un-packing on tour. Performing under hot lights inevitably makes the artist sweat, and sweat fades and rots fabrics. Some costumes were then displayed and stored for years, in uncontrolled environmental conditions and had suffered insect attack. Some were repaired while in use and others were repaired later. Holes caused by clothes moth and carpet beetle had weakened wool fabrics. The main challenges were to remove as much dust and dirt as possible, given that older costumes are often too fragile to subject to washing or dry-cleaning. Then careful repairs were worked to support split and rotted linings and to infill insect holes.

One item in particular – a puppet – had suffered terribly from storage in damp conditions, with rusting and loss of decorative metal studs, loss of one lower leg, and much insect damage. Working with metals conservator George Monger, active rust was treated and new studs cast from resin. My role was to patch all insect damage, knit a whole new lower leg on the finest needles available, and make a new leather boot to match the original!

Q5. What item are you working on next?

The next item to be worked on, and the most sparkly by far, is a Whiteface Clown costume, entirely covered in sequins stitched in a firework burst design. It is spectacular, but inevitably has suffered loss of sequins and general wear and tear. Sequins will need to be reattached and areas of loss infilled. The challenge will be to see if the original sequins can be matched. Once conserved announced for display, this costume will surely encapsulate all the fun of the circus.

At Showtown our mission is to put Blackpool centre stage. We celebrate its role as the greatest seaside resort and show town in the UK.
View more >

Meet the team behind Showtown. We are working hard to bring the museum to life.
View more >

Over the coming months we will be introducing you to some of the creative contributors working hard to bring Showtown to life. This article introduces Helen Shelley, an award winning, interior designer, who is currently working with MWorldwide on the retail design for Showtown.
View more >

In the Spotlight with Nick Steel

Nick is currently working with Showtown and partners to create all the brand design and marketing graphics for the Get Dancing project.
View more >

Showtown's Curator, Emma Heslewood, has led the curatorial team through a huge amount of research to refine Showtown’s themes and recognise how important Blackpool’s role is in the history of entertainment.
View more >
COOKIES